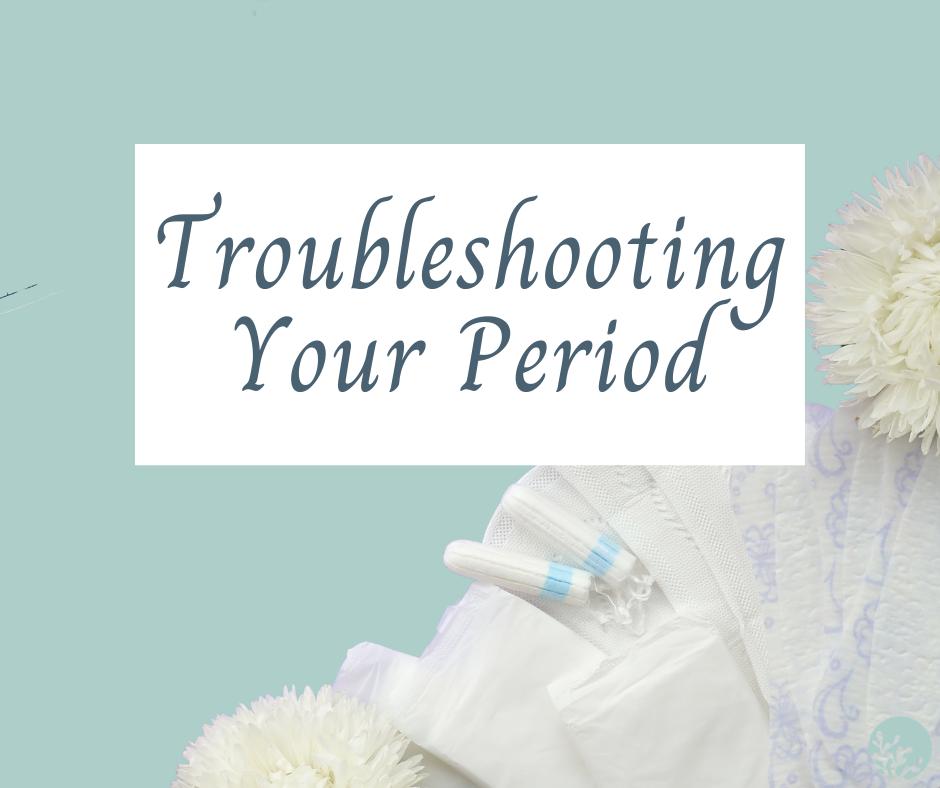 To have a healthy period, you must start researching and paying attention to your own body. Having a healthy period isn’t just important if you are trying to conceive. If your period is out of whack, it could be a sign of something bigger going on in your body. All your systems are connected and intertwined so when your period is off, it affects the rest of the systems in your body and vice versa.

We like to recommend our patients keep a “period report card” so they can keep track of their period health. This helps us to troubleshoot some things that could be causing any period issues you may be having. Some of the questions you should be asking yourself for your period report card:

If you answered yes to your periods being painful or heavy, that’s not normal. Despite it seeming normal, having painful cramps with periods is not normal. Having regular periods with light bleeding IS normal! Let’s touch on some of the common period problems such as not ovulating, amenorrhea (the absence of periods), and late periods. 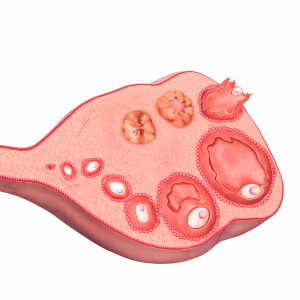 Another one of the things that you want to ask yourself is “do I ovulate?” Ovulation happens approximately 16 days before we start bleeding again. There will be an increase in the egg white consistency discharge that happens right before ovulation. There will also be a small temperature increase that happens right after ovulation and continues to be increased until your cycle starts over. Watch this short video to learn more about how you can tell if you’re ovulating.

Regular anovulatory cycles (a cycle with no ovulation) can happen. If you’re not ovulating you can still have a bleed. What happens is that the first half of that cycle is very long so it’s just an extended length of time for that first half and then we have breakthrough bleeding. Breakthrough bleeding may seem like a real period, but it is not.

The problem with not ovulating is that we don’t produce progesterone if we don’t ovulate. So, the lining of the uterus builds up and you’ll have heavy periods with a lot of cramping and clots. Anovulation can be normal on occasion. Sometimes even healthy women have a cycle that they don’t ovulate in. Ongoing anovulation becomes an issue.

Amenorrhea is the term for the absence of periods. There can be primary amenorrhea, which is when a young woman who is over the age of 16 has never started her period. That can be cause for concern and you may need to seek out medical attention for some testing to see what is going on.

Secondary amenorrhea is when a woman has started her period then for whatever reason she stops having it. The most common and obvious reason for not having periods of course is pregnancy. However, if you’re having irregular periods or if you’re a woman who has come off the birth control pill and your periods haven’t started back up yet, that can be kind of tricky.

The tricky part of it is that you can ovulate after you’ve not had periods for a while, not know it and become pregnant. Then you could continue to not have periods and sometimes it becomes even more tricky because a very normal part of early pregnancy can be some light spotting. So, you might be thinking that you’re trying to start your period or that that is your period when in fact you really are pregnant. If in doubt, always take a pregnancy test!

One of the reasons that you could stop having periods is because your body becomes stressed, we talk about that more in this blog post. That stress could be because of a trauma, illness, or any number of things. When your brain realizes that you are stressed, it tells the ovaries not to ovulate. It does that because it knows you wouldn’t be able to handle being pregnant right now. Again, even if you aren’t trying to get pregnant, you still need to ovulate.

Are you going through menopause?

Another cause of missed or irregular periods is menopause or perimenopause. One of the most important things to know if you have access to your mother, grandmother, aunt, or older sister is to see when they stopped having periods. That’s a very good genetic indicator of when you might be starting to go through menopause. A follicle stimulating hormone test can also be done through your healthcare provider’s office and if that starts to rise you know that you’re going through menopause.

Are you eating enough calories and carbohydrates?

In individuals that are both a normal weight and overweight, a common cause for amenorrhea is not eating enough calories. Going on a low carb diet can cause you to lose your period. It’s estimated that we need between 100 and 150 grams of carbohydrates per day to ovulate.

Do you have a medical condition that hasn’t been addressed?

There are also medical conditions such as celiac disease and thyroid disease that can keep us from having regular periods. If all these causes are ruled out then you may be dealing with PCOS, polycystic ovarian syndrome. If you are consistently missing your period, it is best to make an appointment with your healthcare provider to try to figure out why. 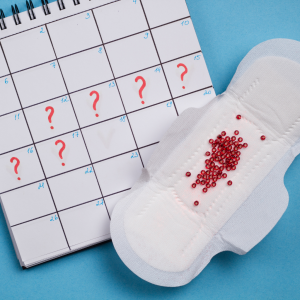 A late period is defined as any period that has been over 35 days from the last period. When that happens, that is termed an irregular period.

What can cause late periods?

One of the most common reasons in perimenopause that you may have these early periods is because your follicle stimulating hormone that comes from your brain and talks to your ovaries increases. What’s happening is that your body is sensing that you are getting to the end of your reproductive years and it wants to pop out as many eggs as possible so you can have more babies. It’s like a race to get you to ovulate so the first half of your cycle can be shorter. 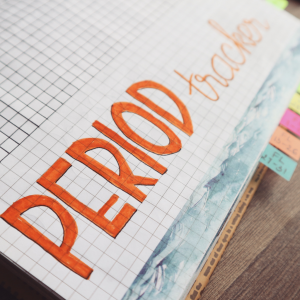 As you have probably started to notice, everything is intertwined. When you aren’t having a period, there is a reason for it. It’s important to pay close attention to your body because it may be trying to tell you something!

Make sure you are monitoring your periods and paying attention to irregularities. If you haven’t had a period for a long time or your periods are consistently late (or early), it might be time to investigate. Schedule a Discovery Call with Susan to see how she can help you have healthy periods again! 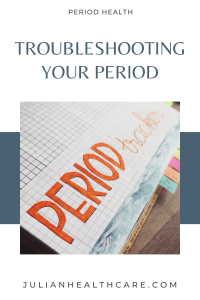