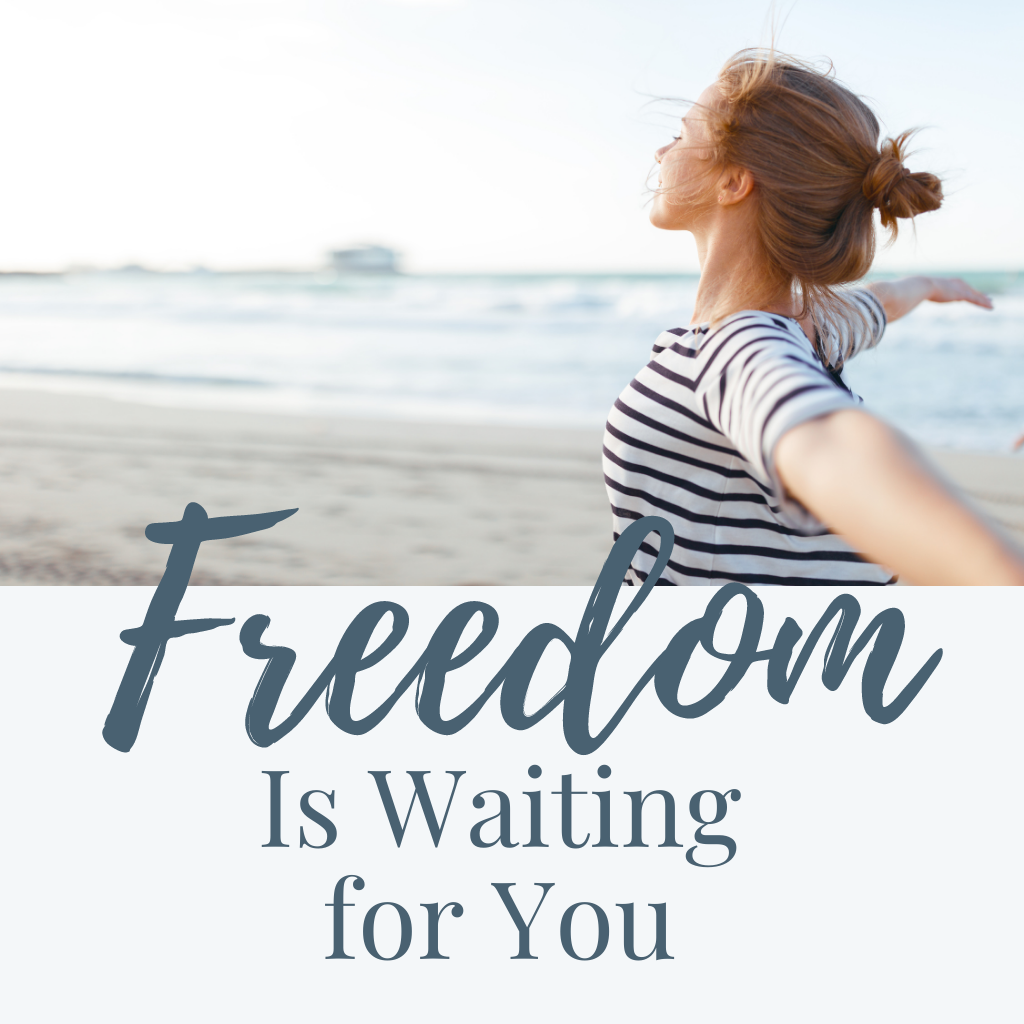 Freedom Is Waiting for You

My journey with Susan Julian began circa 2014 when she was practicing in New Castle. Susan began by writing down my timeline of events from the time I was born. I had a pretty traumatic childhood and Susan was able to hone in on some unresolved emotional baggage I had been carrying with me for over 25 years. I was in tears before I left her office and was shocked that these emotions remained after so many years. Susan was able to identify in that very first session that I was in desperate need of some emotional healing. The main physical issue I was dealing with was Candida yeast due to excessive antibiotic use as a kid on top of lots of anxiety and some post-partum depression. Candida and emotional well-being are very closely related and can impact whether you can overcome the overgrowth of Candida. Susan prescribed some supplements and recommended a couple of books as well as seeking therapy for the emotional abuse I had suffered. I purchased one supplement and the books she had recommended and began taking Mitocore immediately.

I did not continue seeing Susan because I was convinced that I could figure this out on my own and I thought I could suppress the emotional issues that I had and move on. During the years of not being under Susan’s care, I tried lots of Candida diets which always left me feeling too hungry, exhausted from the difficult recipes, and unable to sustain that lifestyle.

In 2019 I decided to give Susan another shot. Prior to my appointment, I had told a mere acquaintance at work that I had scheduled an appointment with Susan. This co-worker said “oh, I know Susan. Tell her I said hello.”

It had been 5 years since that initial visit at a different practice so Susan basically started over with me. Once again, she identified a great need for emotional healing. When I told her about the co-worker who said to tell her hello, Susan’s eyes lit up. Just before that, Susan had said “you need a spiritual mentor.” Susan, having known my co-worker for years, said “she would be an amazing mentor for you” and left it at that. I left that appointment with orders to do a stool sample and blood draw.

I returned to the office to tell my co-worker who, mind you, is a mere acquaintance at this point that Susan recommended her to spiritually mentor me. What was I thinking? What was Susan thinking? I just asked, an acquaintance, a stranger to mentor me in an area of my life that could get deeply personal. AND I am an extremely private person. What?! I walked out on that limb because I knew Susan was being led by superior guidance and figured if it didn’t work, I could just move on to the next thing. You see, I had tried so many things over the 25 – 30 years to try to heal my body that I would do almost anything to get healthier.

She said “yes,” the potential mentor and co-worker, she said “yes.” Actually, she said “ME?” You see, Susan prays for her patients. She prays for your health and she prays for people and solutions to be put in your path to get you to a healthier state. Not only did Susan bless me by pairing me with this wonderful acquaintance, turned mentor, but she also blessed the mentor by giving her the confidence that she needed to accept the offer. Susan barely knows me. There is no possible way that she could’ve made this beautiful connection for me and my mentor without being in conversation with God. Susan prays intently for you and she listens to God’s prompting and shares His wisdom with you to guide you on the right path.

I began meeting with this hand-selected spiritual mentor in March of 2019. By September of 2019, my bloodwork came back “as the cleanest bloodwork I have seen,” Susan reported to me. My emotional healing journey still continues to this day and that acquaintance at work has become an amazing friend that I can’t imagine not having in my life. I struggle to do anything consistently but 1 year and 9 months later (as of this writing), I’m still meeting with that same mentor.

“…but we also glory in our sufferings, because we know that suffering produces perseverance; perseverance, character; and character, hope. And hope does not disappoint because God’s love has been poured out into our hearts through the Holy Spirit, who has been given to us.” Romans 5:4

Allow Susan to guide you to hope again. If you are in her care, persevere through the difficult things. Freedom is waiting for you on the other side. Call her today to schedule an appointment or to get back on track.

This testimonial was shared with permission from one of our patients. 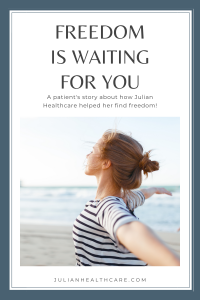