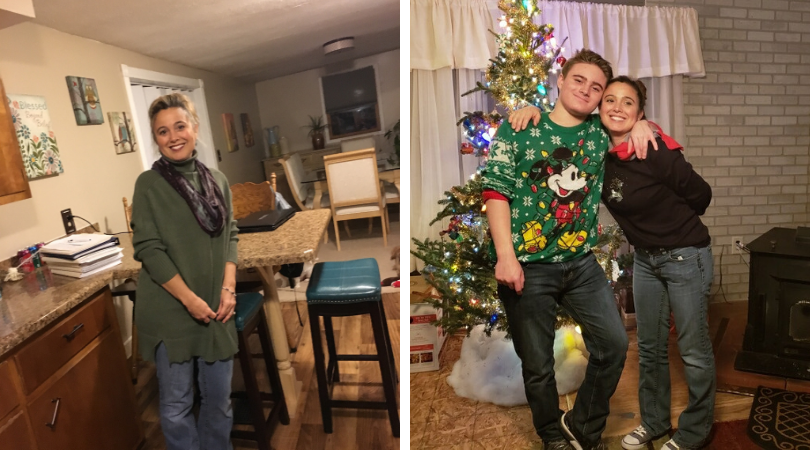 When Kristen Upchurch started seeing Susan Julian, NP, she thought of herself as a relatively healthy 45-year-old woman. She was active and felt like she was eating nutritious foods. In one of her early appointments, Kristen mentioned that her cholesterol numbers were always high.

This concerned Susan, and she wanted to know more about what was happening in Kristen’s body.

“Kristen had high total and LDL numbers. Those numbers individually do not cause huge concern in themselves, but the ratios are important,” Susan said. “We needed to know the number of the LDL and HDL cholesterol particles and also about the particle sizes.”

They agreed to order a Boston Heart Diagnostic test. When the results came back, Kristen was stunned.

“The results are displayed in stoplight colors: red, yellow, and green,” Kristen explained. “My whole report was red.”

Kristen discovered that her inflammation markers were not good, and she was showing signs of plaque formation in the coronary arteries. She knew she needed to make some changes in her life.

“It was a wake-up call for me. I was at a crossroads,” she expressed. “I could keep going down the same path or make a commitment to my health and really do it. I decided I was really going to do it at that point.”

Kristen was determined to avoid pharmaceuticals and statins if possible. As part of the Boston Heart Diagnostics program, Kristen had the opportunity to talk with one of their health coaches. The coach recommended some exercises that would help move Kristen toward her goals. She started a yoga routine and began dietary changes, including the avoidance of processed food and sugar.

The Boston Heart Diagnostic test also revealed some genetic predispositions. Susan was able to see that Kristen had a genetic issue with B-12 and folate (B-9) and recommended that Kristen add a version of B-12 and B-9 that works with the genetic mutation so her body could process it better.

“It’s exciting to come to the office and watch my numbers go from red to yellow to green. It’s almost like a game, ‘Can I get that from yellow to green?’. Now my results are almost all green,” she noted.

Kristen’s lifestyle changes have kept her blood sugars and insulin levels optimal, further reducing her cardiovascular risk. She lost 30 pounds and kept the weight off. And she feels great.

“Boston Heart has kept me true to lifestyle changes,” Kristen shared. “I didn’t know how bad I felt until I didn’t feel like that anymore. I forgot what it was like to feel healthy and vibrant.”