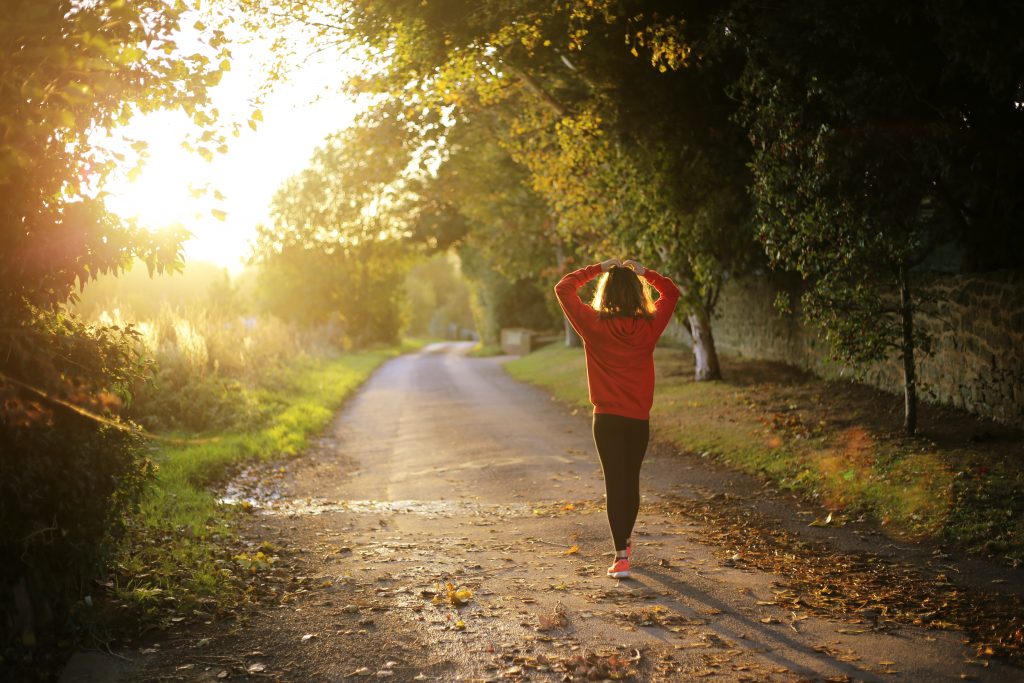 From Autopilot to Happy – Marianne’s Testimony

Looking back, I had been struggling for several years. I was told that I was “too young to go through menopause.” I had a blood test done by my gynecologist and he said it was normal. But I had a lot of symptoms: hot flashes, night sweats, mood swings, I had gained weight and was not able to lose it like I had in the past. My PMS was off the charts. I would rage inside and was awful to be around. I had the dreaded “period headaches” which were getting worse as the years progressed. I started getting eczema patches on my face, just popping up out of nowhere. I was just going on autopilot from day to day. I started thinking, “why am I struggling?”

I was anxious, miserable, and hated how I felt, but hid it from everyone…at least that’s what I thought. I was blowing up at my mom and husband for no reason and I was sobbing at the drop of a hat but I couldn’t begin to tell you why. I was taking an antidepressant and it wasn’t even beginning to touch what was going on. I was literally in survival mode; it took everything I had to get through my work day. I was getting scared that my ridiculous behavior was going to creep into my job and affect my work. I was physically and mentally exhausted, not sleeping well, and was convinced I was losing it and going crazy. I just knew what was happening to me was not right. I had isolated myself as much as I could.

This summer at my hair appointment, my stylist was listening to me complain. I have been going to her for 20+ years and consider her a good friend. She told me I should see Susan, she showed me some paperwork from a presentation she did about hormone levels and how they change in women as they age, and how that could affect someone mentally and physically. I looked at the website and liked what I read.  It was hard filling out the intake; I had to realize some things about myself and acknowledge what my life was like.

July 1, 2019 was the first time I met with Susan. I was excited and scared. I went in with no make-up on so she could see how bad my skin was. Meeting with her was literally life changing for me. She LISTENED, she ASKED QUESTIONS and then LISTENED to my answers. No judgment whatsoever. She completely validated what I was feeling. She told me that if I continued the path I was on, I would go crazy. She said that she is an investigator and likes to get to the root of the problem. She would find answers. I left that appointment with relief, validation, and most of all hope.

I went back the following week to go over my blood work. Nothing major was out of whack, so I thought for sure Susan would do what EVERY SINGLE MEDICAL PROFESSIONAL had done in the past…tell me I am okay because my blood work was “good.” Susan looked at me and said, I am happy that we don’t have the problems I thought you may have to deal with (diabetes, cholesterol, thyroid issues), but this is ONE test, and I know you are not okay. I felt a huge weight lift. She believed me.

I was on birth control from the time that I was 18 until this summer (I am 45). I had been on different types of pills, but I was on a tri-phasal for the majority of that time. I had been told that staying on birth control would help with perimenopausal symptoms. WRONG. I was putting myself at risk for blood clots, cancer, etc. and being on the pill was making my perimenopausal symptoms worse. Susan put me on a progesterone compound. I will admit that it was liberating to be off the pill, but it was also a lot of unknown territory for me. Now, PMS symptoms are non-existent.

After additional testing, we confirmed that I had an overgrowth of yeast/fungus in my gut, Candida. Never heard of it? Me neither. I started doing research and started to learn as much as I could. Over-prescription of Antibiotics and being on Birth Control were two consistent factors that kept coming up. I was constantly craving sweets which was feeding this yeast.

In June I had taken a food sensitivity test just to see what it said. The results were a tad perplexing. I brought them with me when I first met with Susan. I had a high reactivity to yeast (baker’s and brewer’s), gluten, wheat, dairy, and seaweed. I eliminated gluten and started to eliminate dairy.

On August 1, I started Whole 30. It is a reboot/detox for your body. It is not easy, there is a lot of food prep and you are only eating non processed foods. No grains and no dairy. It was hard at first, but then I found the food preparation somewhat comforting. After the first week, I felt so much better. I was eating a lot more food than I thought I would ever eat. After the whole 30 I began the 3rd phase of an anti-candida diet that Susan gave me. I was also doing a treatment that was killing off the yeast overgrowth.

I just finished my treatment and I am slowly adding back in and testing foods I have eliminated. But I am keeping mostly to a grain free/gluten free/dairy limited existence. I have lost 27 pounds. I did not do all of this to lose weight, but it has been a bonus.

I am not done with my journey and it has not been roses all the way. I had to make some really big decisions and changes. I am so much happier, I sleep better, my skin cleared up, my mom and husband both noticed a difference. I have not had as many hot flashes or night sweats. The anxiety and agitation I felt before is gone.

I am sharing my story because even though I have wonderful supportive people in my life…I felt alone, and was scared about what was happening, and if I talked about it, people would dismiss it. Susan gave me the tools to make more informed decisions about my own health.

This testimony was shared with the permission of Marianne.